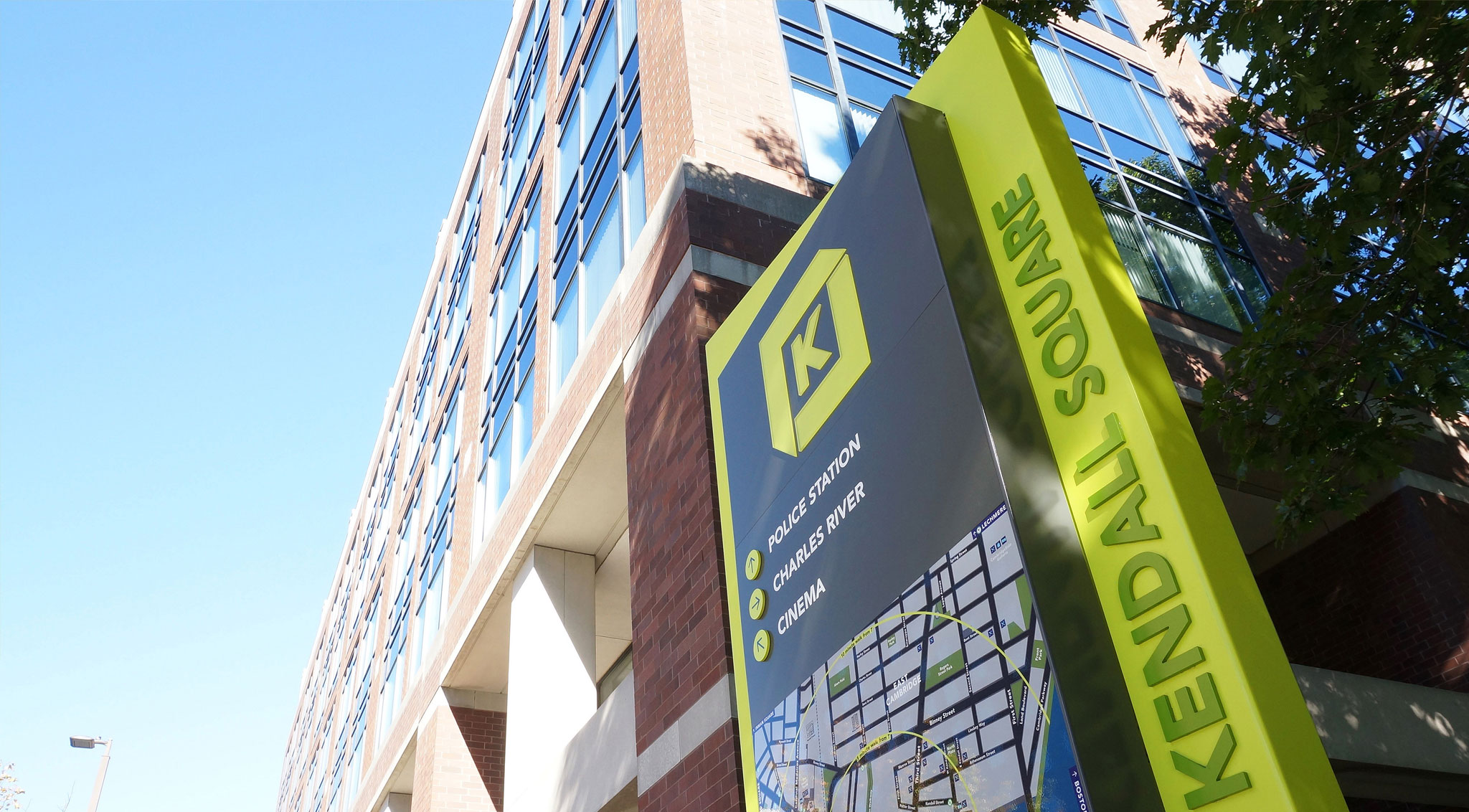 Home to MIT and Boston’s growing biotech industry, Kendall Square possesses enormous creative, intellectual, and economic capital. It is recognized globally as one of the leading centers of innovation and technology. Despite the exciting discoveries happening throughout the district however, multiple studies revealed that the area was missing a unified sense of place, and that this absence was undermining Kendall’s ability to reach its full potential. Minelli was hired to amend this. We developed an overarching brand strategy and identity that would unify key stakeholders, create a highly visible presence on the streetscape, and foster broader engagement.

Minelli worked collaboratively with the Kendall Square Association branding committee and a consortium of public and private entities including MIT, Google, Microsoft, Biogen, Broad Institute, Johnson & Johnson, major developers, city agencies, and community partners. Minelli led a placemaking initiative with these entities that resulted in a shared set of ideas and tools that would help the community build an iconic brand presence. From this initiative, Kendall’s motto, “the most innovative square mile on the planet”, was born. Minelli then created a new visual identity and robust brand toolkit for Kendall, including experiential interventions, civic living rooms and opportunities for public art. As an outgrowth of the branding work, Minelli was also hired to design and manage fabrication of a broad-based wayfinding system, which was implemented across the district. 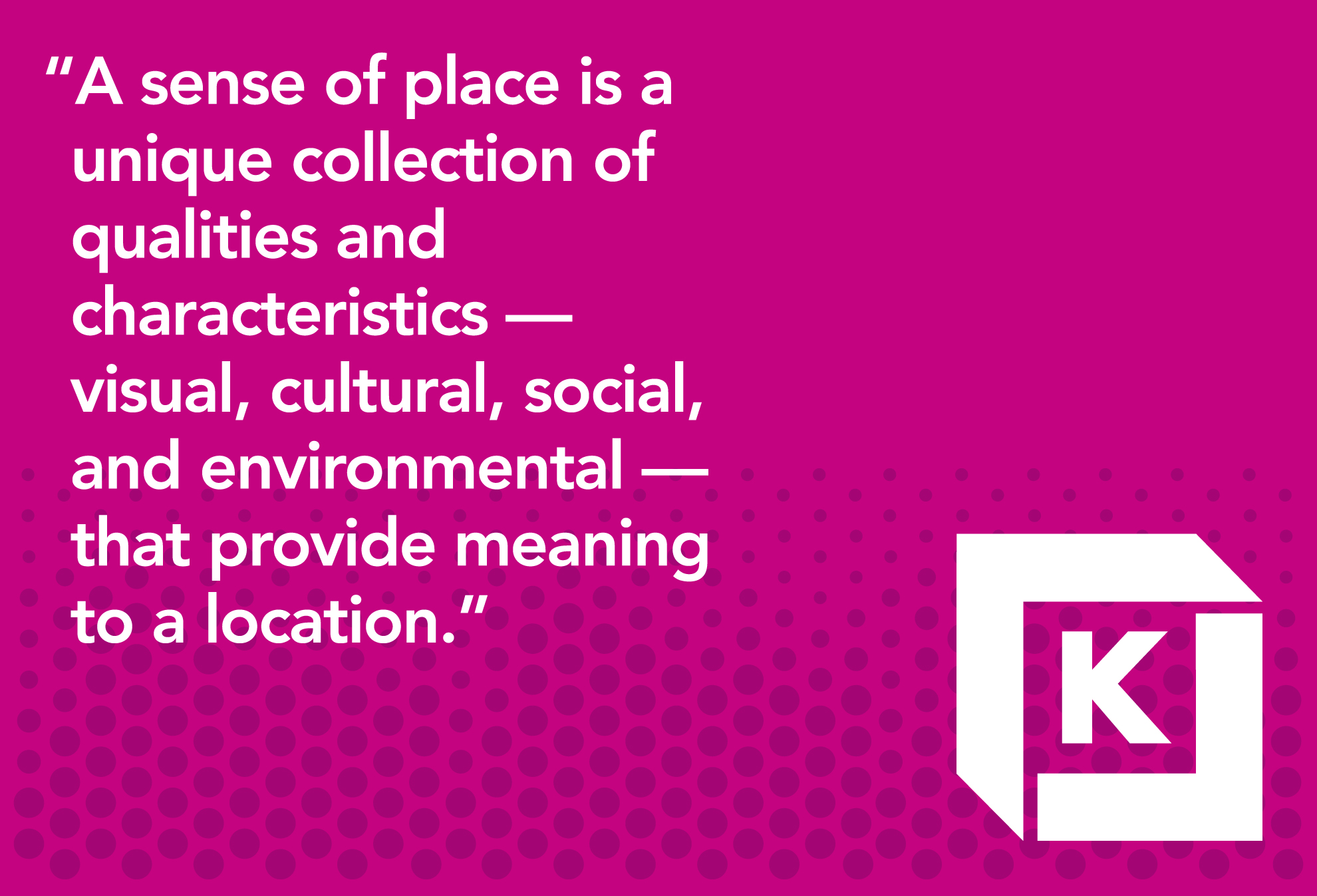 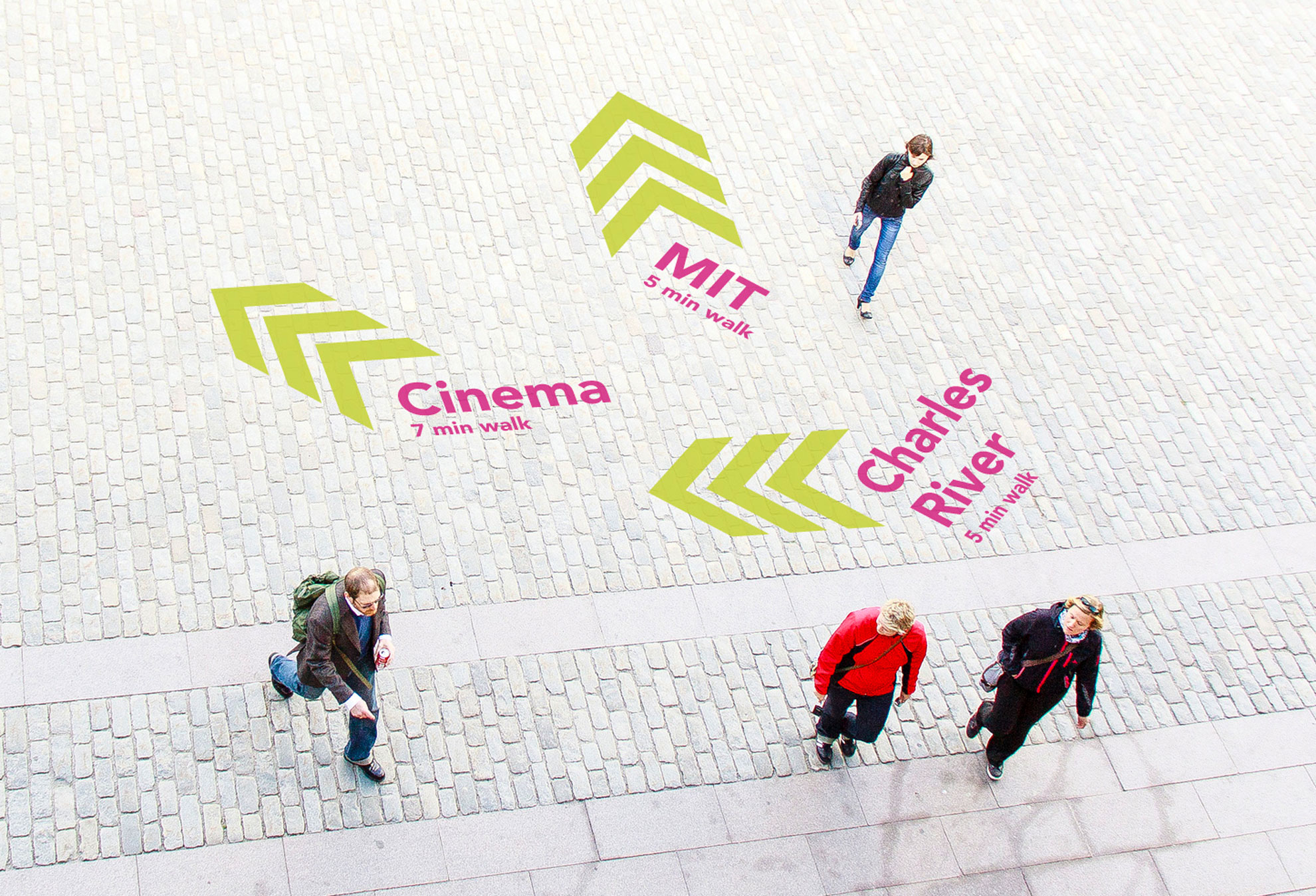 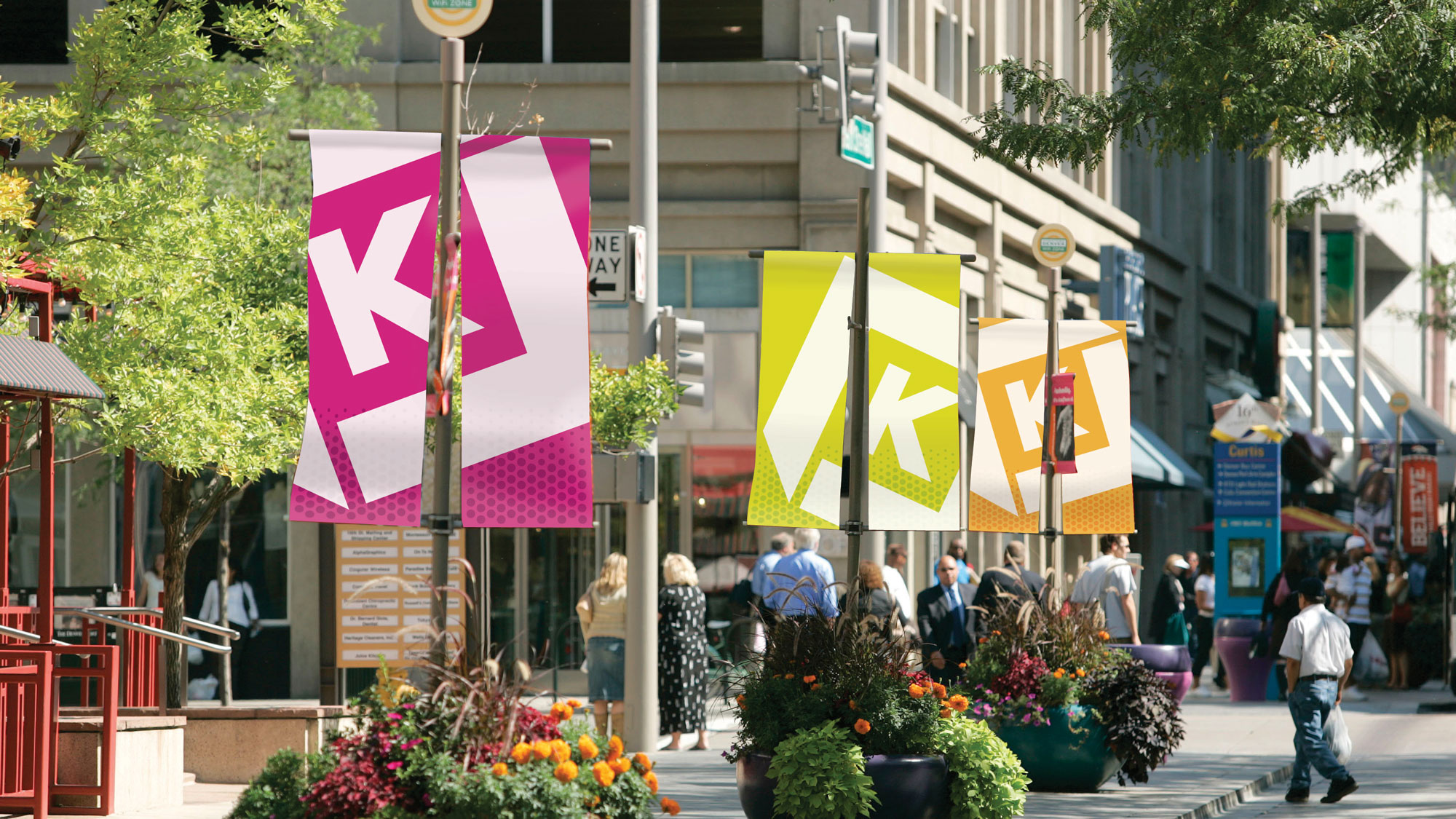 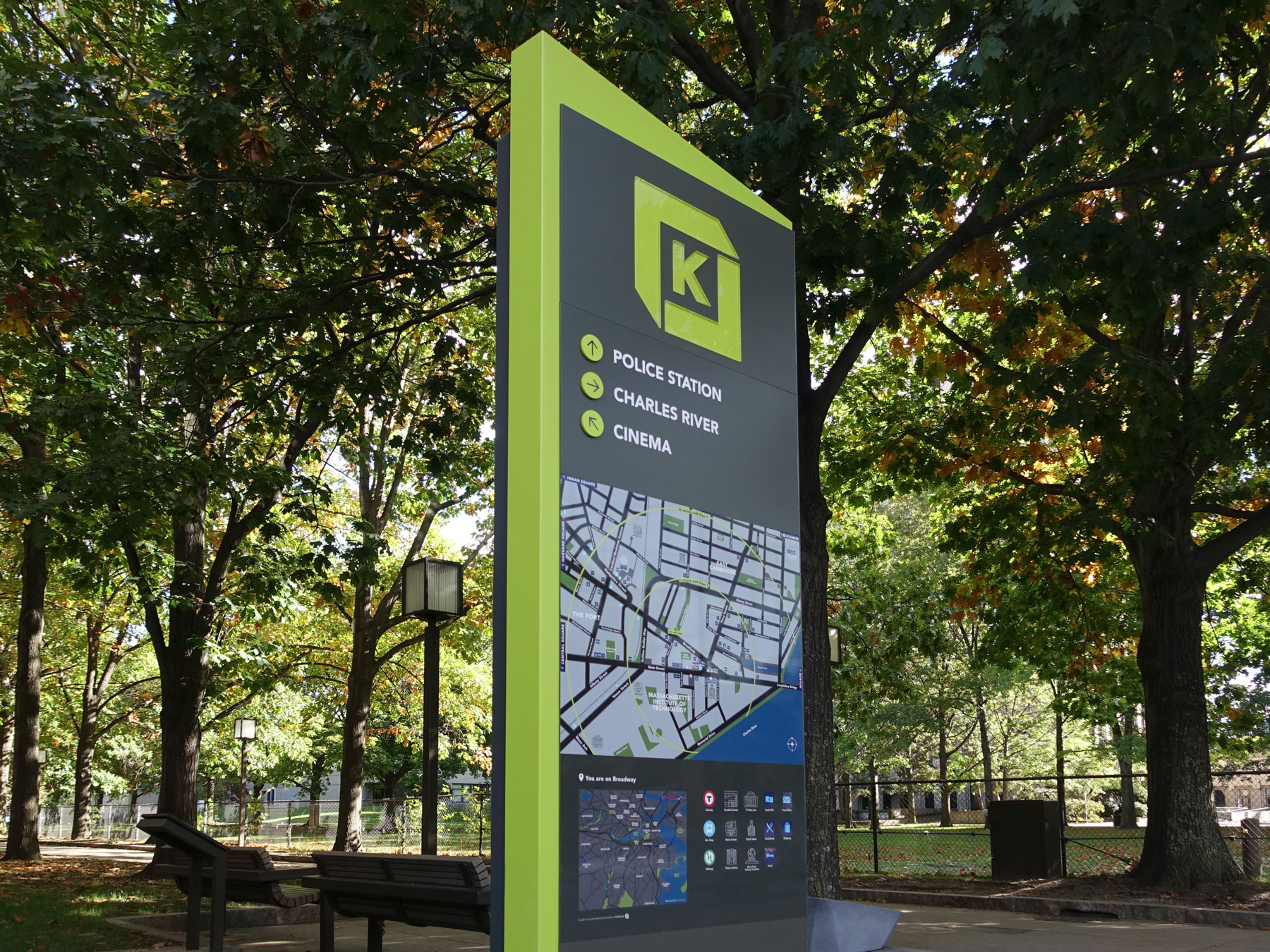 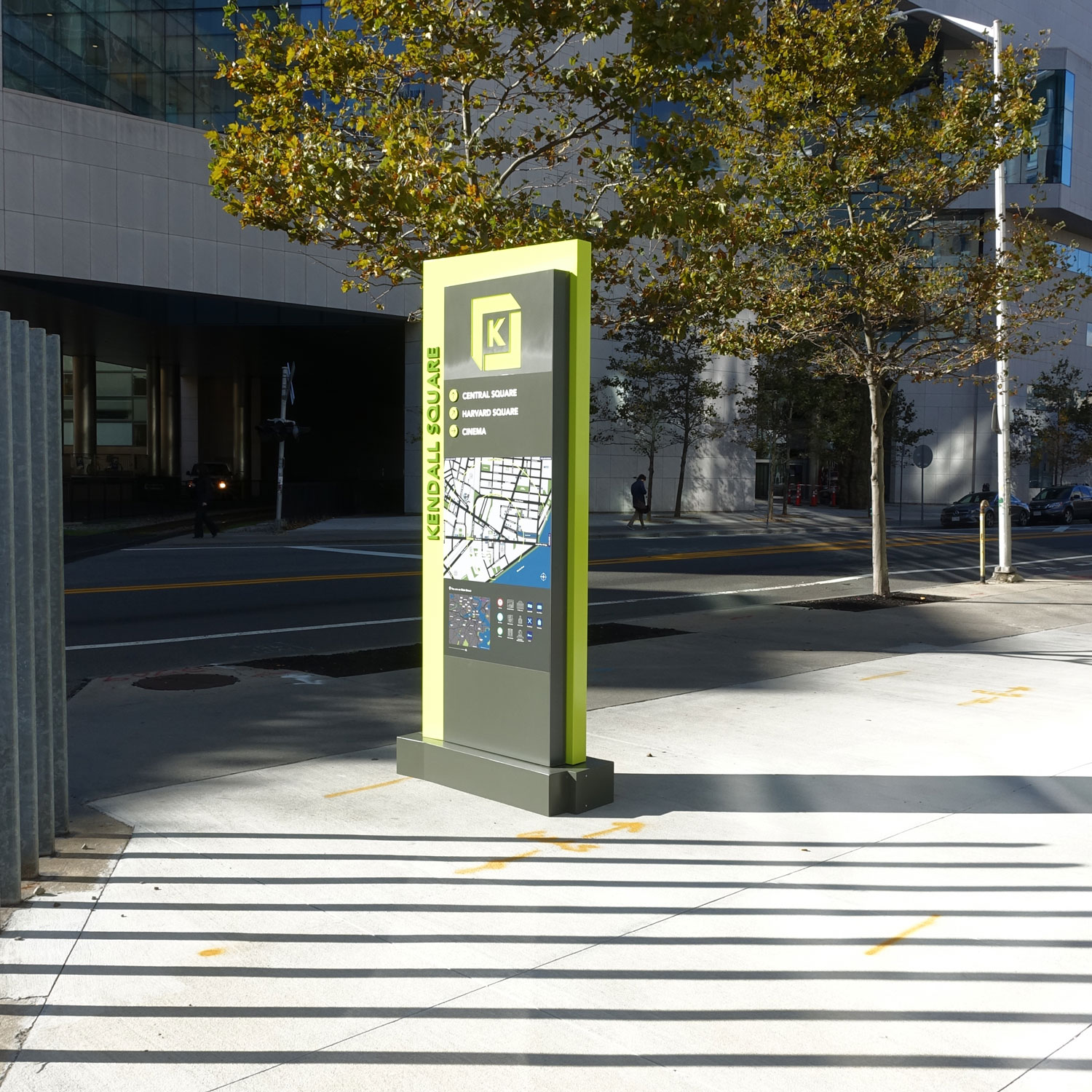 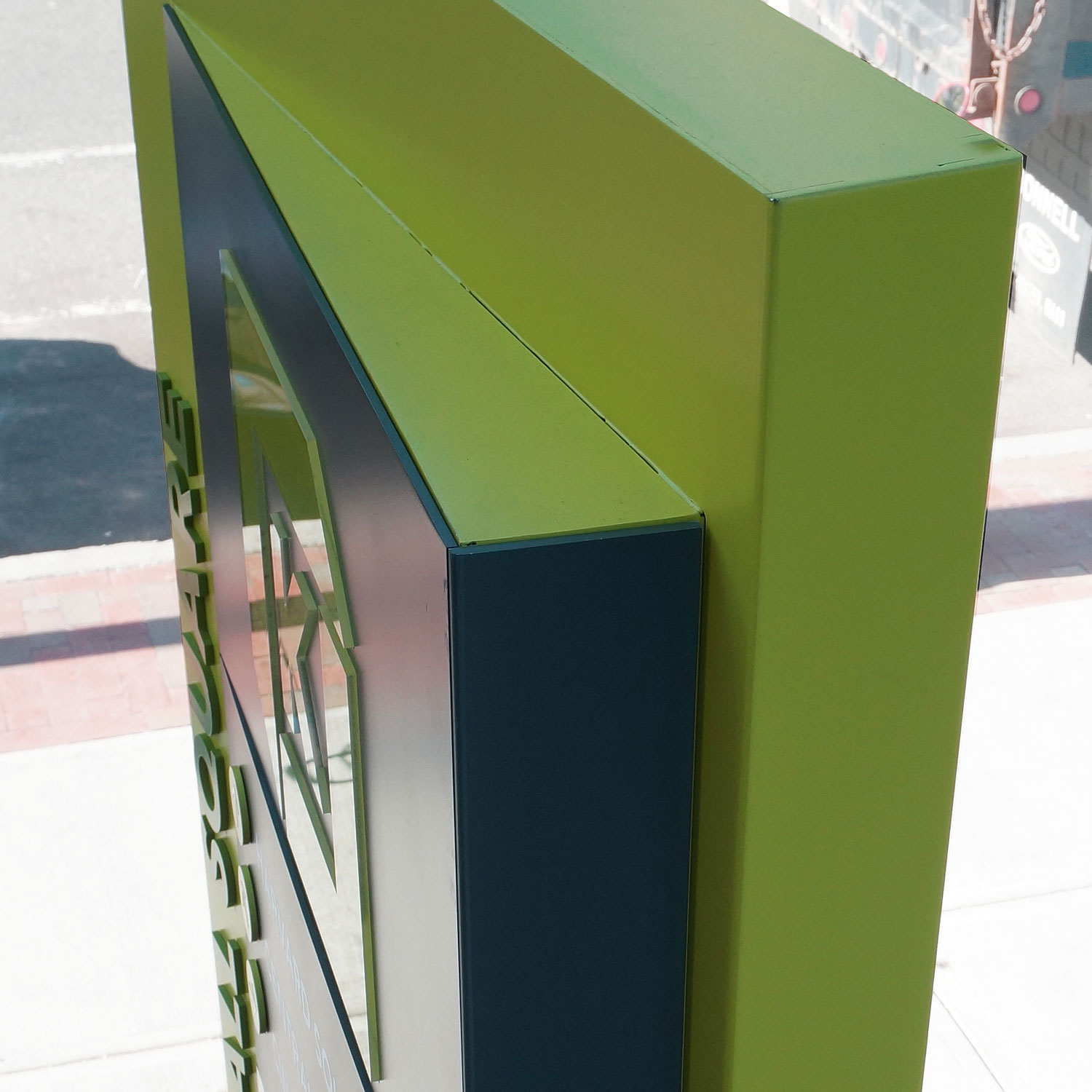 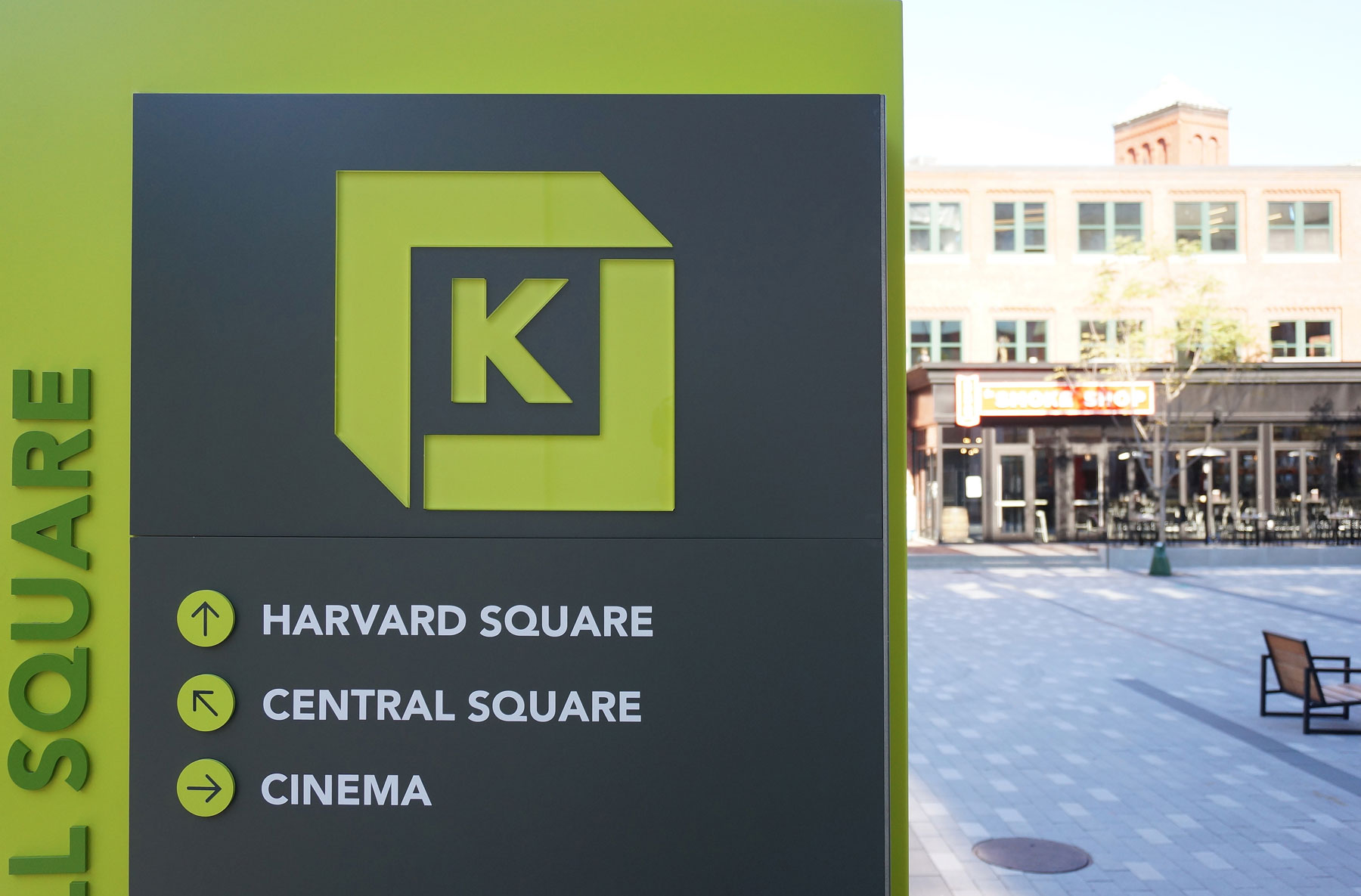 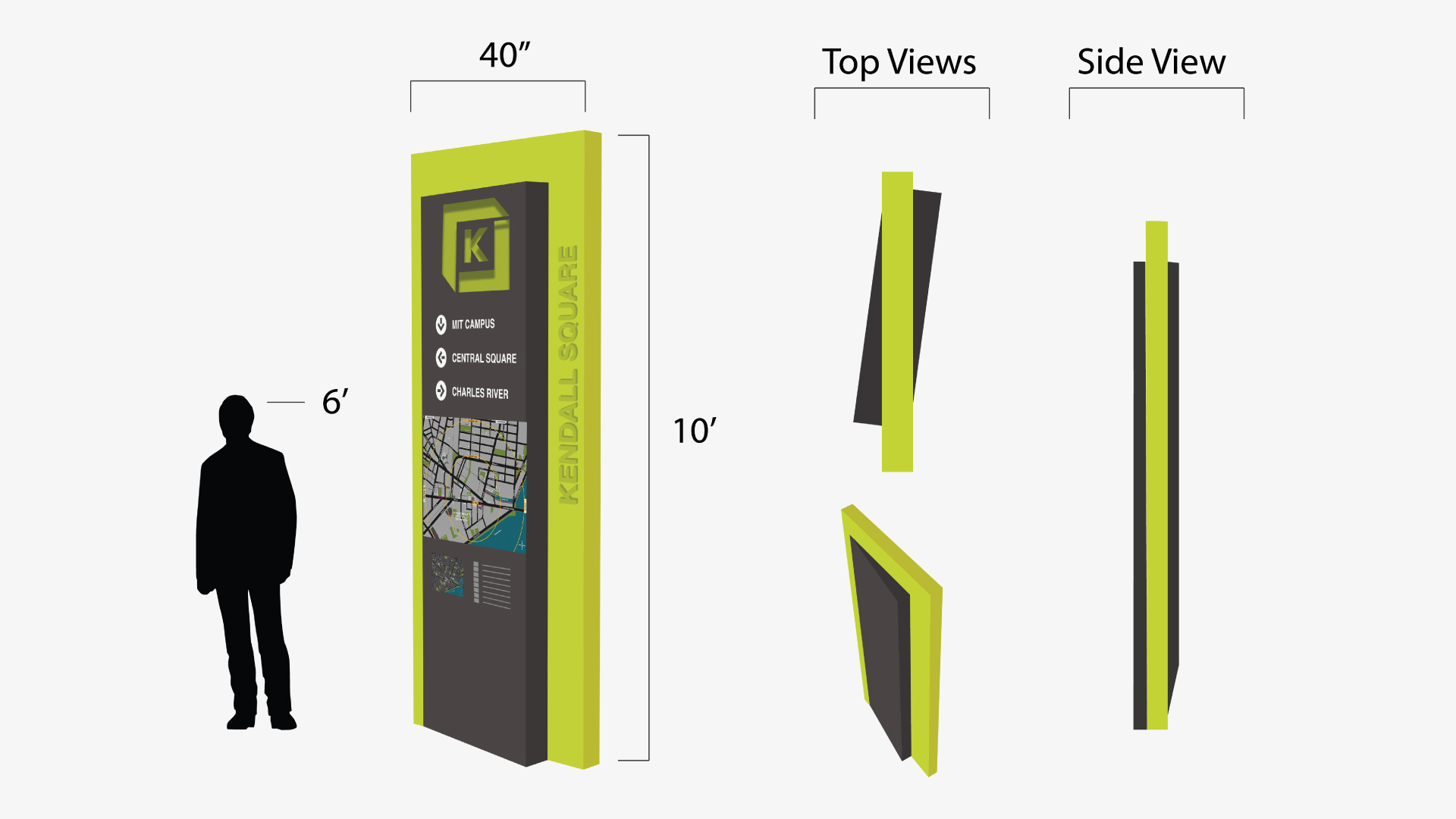